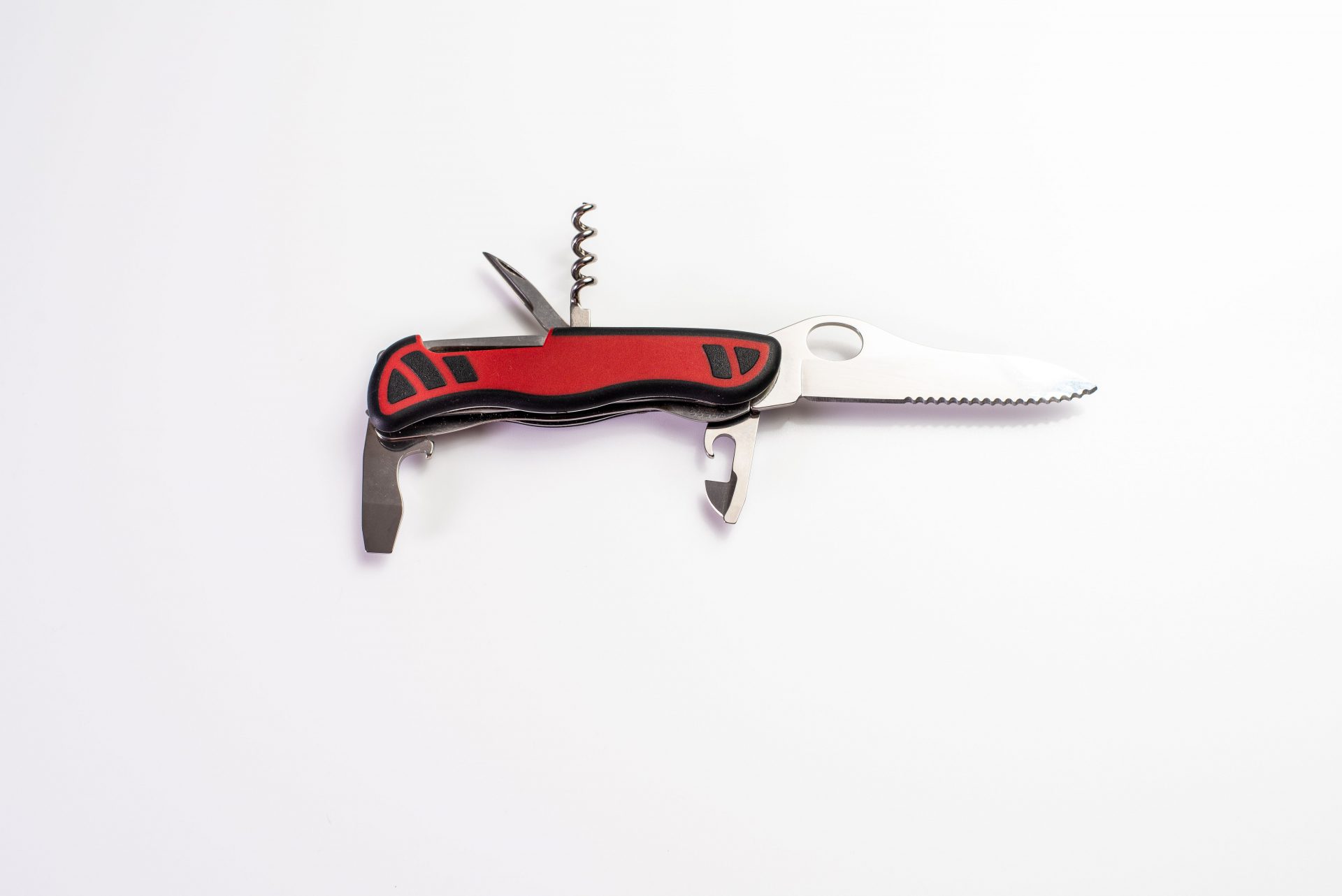 A pocket knife can be defined as a foldable knife that has one or more blades that can retract inside the handle that can fit in a pocket. A pocket knife is also called a jackknife or a penknife. The standard blade of a pocket knife is between 5 and 15 centimeters.

Pocketknives are adored by many because of their versatility and can be used for virtually anything ranging from cutting twin and slicing a piece of fruit to opening an envelope and for self-defense. Pocket knives are a must-have tool, and in this post, we are going to cover everything you need to know about pocket knives, their types, and use.

Pocket knives come in different sizes and designs. These versatile tools have been around for many centuries. While the earliest versions were not referred to as pocketknives, there are no major differences with the current pocketknives. Keep in mind that pockets were not around before the 17th century. Thus, nothing would have been referred to as pocket-anything. The early versions of pocketknives were made from bronze or iron with a wooden or bone handle. The oldest type of bone-handled knife was found in Austria dating back from around 600 BC, while others have been excavated in Spain.

Here are the most common types of pocket knives.

Barlow originated from England and was created by a guy named Barlow. The knife is designed with a drawn-out oval handle with a clip point as well as pen blade. The pocket knife surprisingly becomes more popular in the United States than in England, its native country.  George Washington once owned this pocket knife, which was a gift from his mother for being a good boy, according to Mike Yarbrough, a pocket knife enthusiast.

Camper pocket knives are common with Boy Scouts. These kinds of pocketknives have a wide range of blades as well as other tools such as scissors, can openers, screwdrivers and more, which can be useful in outdoor activities. The most widely known type of camper pocketknife is the Swiss Army knife.

The canoe pocketknives are shaped like a canoe, thus the name. They often have two different blades, mostly a drop point blade combined with a pen blade.

These are the common types of canoe pocketknives:

These types of pocketknives usually feature four blades, including pen, coping, spear point, and sheepsfoot blades. The name congress originated from the fact that the blades come together when closed to form a congress in the middle. The most common types of congress pocketknives are:

Peanut pocketknives are typically smaller than other types of pocket knives, and that is how they got their name. Peanut pocket knives often have two blades, which are a drop point and a clip point on the same end.

Here are the most common peanut pocketknives on the market.

Pen pocketknives have an interesting story of how they got the name. As you may or may not know, during the old times when people used quill pens to write, one had to make a sharp point at the end of a quill before writing. So, cutlers developed a special kind of knives to allow precision creation of points on the quills. Initially, the pen pocketknives had a fixed blade, before new inventions made it a folding pen knife. Pen pocket knives are quite convenient to carry around as they don’t stick out in your pocket.

These are the most common pen pocket knives:

Sodbuster is a single blade pocket knife that is common with working men. The knife is quite affordable compared to other knives in this list.

Here are the types of sodbuster pocketknives.

Stockman pocketknives are thought to be developed specifically for the cowboys as well as herdsmen. These knives originated from the United States and feature three blades; sheepsfoot, spey, and clip point. They are currently the most common pocket knives that Americans own.

Types of stockman pocketknives include:

As the name suggests, trapper pocketknives were created for trappers. They spot two blades that are useful when skinning hides. The two blades are the spey and the clip point. The two blades hinge on the same side.

So, how do you reduce knife injuries at home? Consider wearing safety gears such as glasses and gloves, always ensure the blade is sharp, and always wear cut-resistant gloves.

The pocket knife industry was estimated to have contributed $5.9 billion in the U.S economy in 2009 alone. There were over 3,881 direct workers at over 61 companies in the United States alone.

To wrap things up

Pocket knives are one of the most versatile tools to have around. They can be used for nearly anything, including opening packages, cutting fruits, removing a splinter, cutting hair, whittling, cutting a stuck seat belt, and more. Pocketknives come in different forms, so when shopping for one, make sure you have a clear idea of which pocket knife you want.

KnifeCube is a blog about Knife, Knife Tips and various activities based on knifes like chef knife, fish fillet knife, pocket knife and your go-to resources!

Scroll back to top